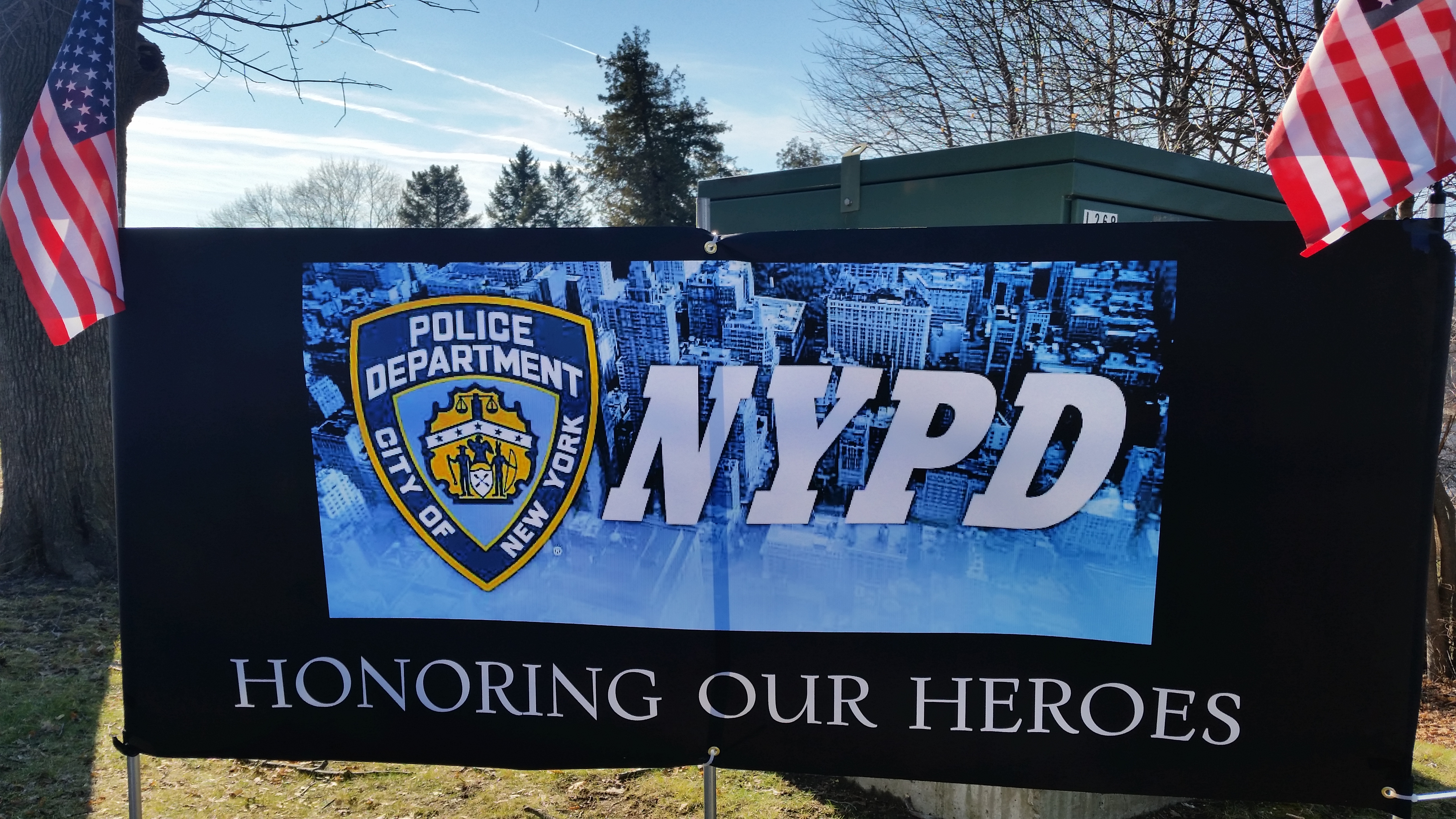 For three hours on Saturday, Dec. 27, a row of American Flags were displayed along Lake Gleneida to honor the New York City Police Officers who were murdered in Brooklyn on Dec. 20.  The event was held by the New York Chapter of the Connecticut Cruise News Minuteman Riders. They were joined by members of the Patriot Guard Riders of New York, the Fraternal Order of Police, the Fire Department of New York, the Kent Fire Department and veterans. About 100 people participated in the event.

“Unfortunately, not everyone can make it down to the funerals in New York City,” said Judy Fitzgerald, a Brewster resident, who organized the flag line with her husband Cliff and Ian Bennett, the co-chairs of the chapter. “This was our way of honoring the officers.”

“The number of people who came out to participate in the flag line is a testament to how grateful Putnam County residents are to law enforcement officers, emergency service workers and our veterans,” said Odell. “Putnam is a county made up of first responders- both career and volunteer. The pain felt in New York City hurts here as well. Every day we have family, friends or neighbors know are willing to risk their lives to protect ours. We are all thankful for their service and sacrifice.”

Police Officer Wenjian Liu and Police Officer Rafael Ramos were ambushed, shot and killed while sitting in their patrol car at the intersection of Myrtle Avenue and Thompkins Avenue in Bedford-Stuyvesant. Officer Ramos was laid to rest on Saturday. The funeral of Officer Liu is scheduled for Sunday, January 4.

“They are servants who were sworn to protect the common good,” said Fr. Howley. “They so generously devote themselves to helping others and are called on in a time of need. Let them faithfully serve you in their neighbor.”

The New York Chapter of the CCNMMR is a volunteer organization that honors the service of veterans and all first responders.

The Minuteman Riders are the same organization that organized the flag line for the welcome home of United States ARMY Spec 4 Michael Cairney, a Brewster graduate, from Afghanistan in June 2013.