“We have based our endorsement [of MaryEllen upon her] demonstrated and continued support of police professional,” said Charles Caputo, president of the NYS Fraternal Order of Police. “Further as police professionals who most experience and witness the trauma and effects of criminal behavior wrecked upon our fellow citizens, we understand, all too well, the significance of dedicated public servants as you who possess the courage and compassion to promote the confidence of our courts and government.” 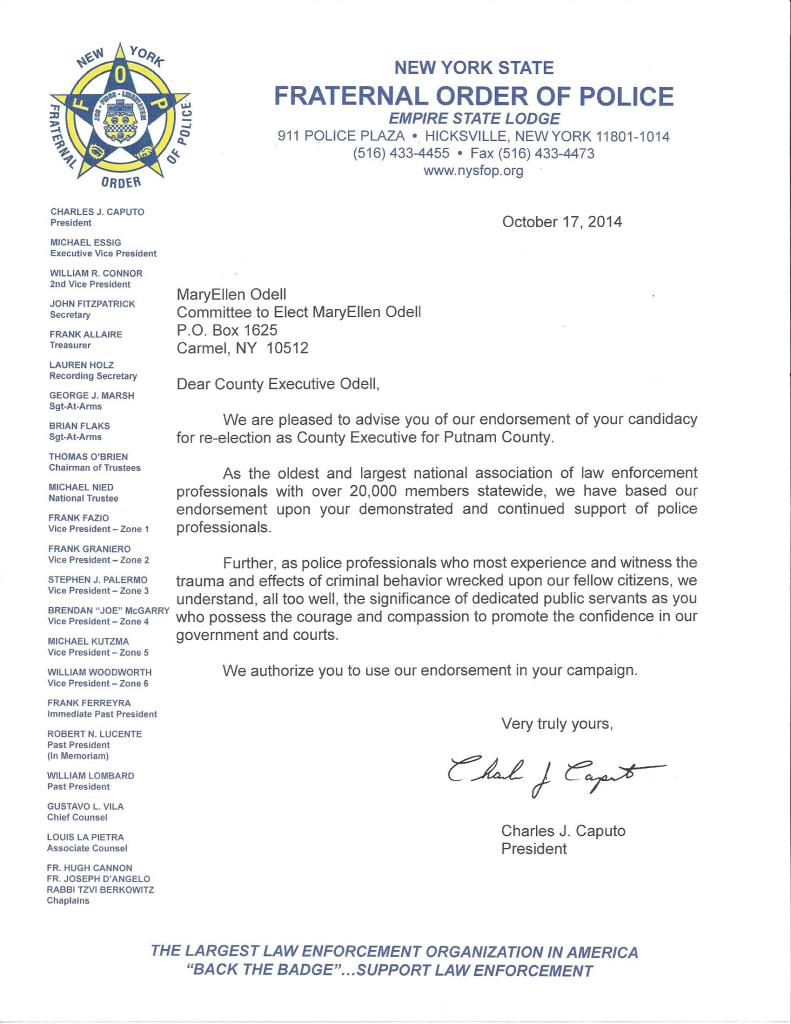 Like the NYSFOP, the APA and FDNYRMA are supporting Odell because protecting the people of Putnam is a priority for her. From the One Army War on Addiction to ensuring the privacy of law-abiding citizens who choose to own a firearm, Odell makes sure that the health and safety of Putnam residents as well as their constitutional rights are protected. That is why the NRA as well as the Putnam County Game and Fish Association are also endorsing Odell. 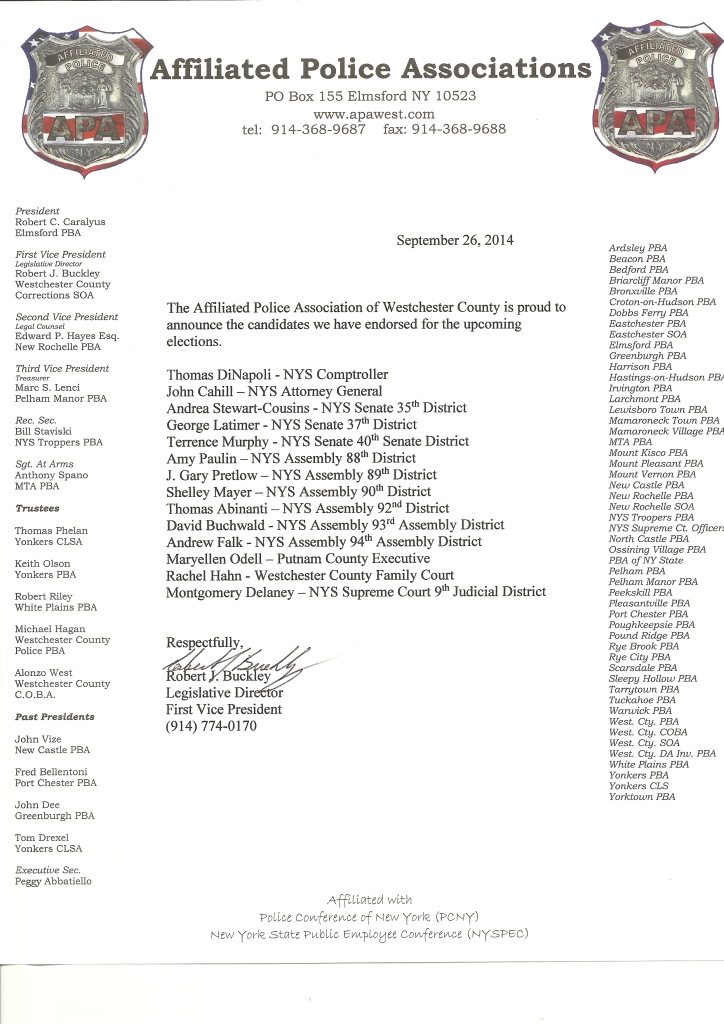 The Northeast Regional Council of Carpenters, Local 456 and the Building and Construction Trades Co. recognize Odell’s efforts to put Putnam residents back to work. With her work on the Tappan Zee Bridge project, as well as her support for the Butterfield development and other smart-growth opportunities around the county, Odell has encouraged the investment in Putnam’s workforce.

Odell is grateful to all of the organizations that have endorsed her.

“I thank the first responders, union workers and gun owners who have given me their support,” said Odell. “Thank you for recognizing the how much my administration has been able to accomplish in fewer than 1,000 days. We started full force on Day One and have been moving full steam ahead ever since. With the momentum that we have going, I believe Putnam County will continue to take great strides for the future.”

Odell, a Republican from Carmel, has secured the Republican, Conservative and Independence lines for the Putnam County executive race on the General Election ballot.