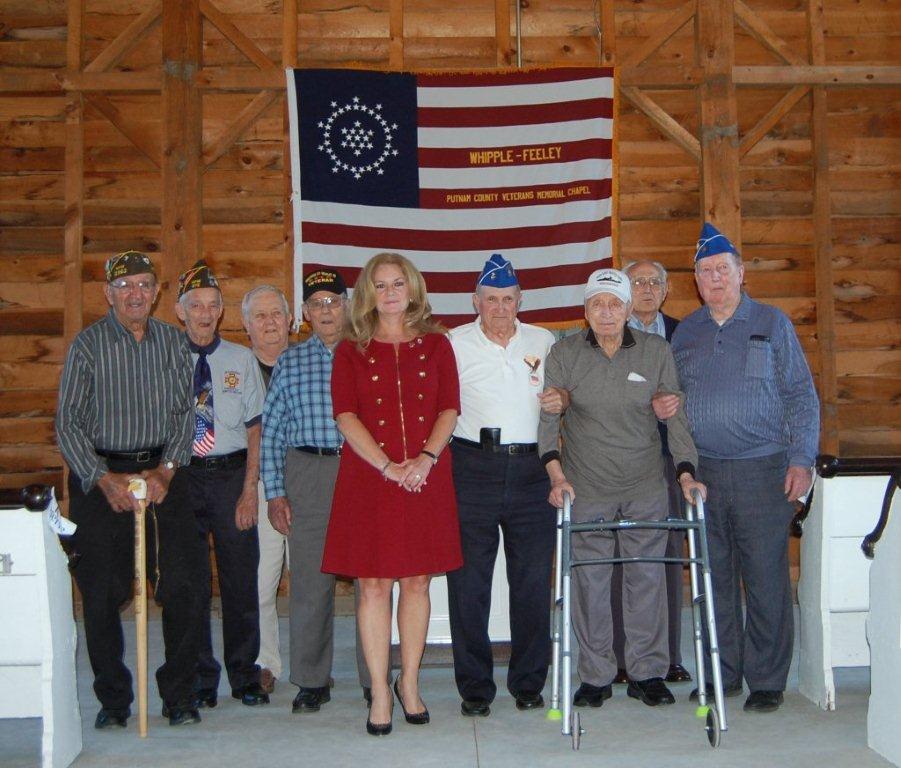 On June 6, 1944, 150,000 troops stormed the beaches at Normandy as a part of the D-Day invasion that changed the course of World War II. The attack brought military personnel across the English Channel, by sea and by air. Approximately 9,000 troops were killed on that day. Overall, the D-Day attack on and over water was both significant and unparalleled, with about 5,000 vessels taking on various roles.

To commemorate the importance of this event and its impact on history, County Executive MaryEllen Odell and the County Legislature hosted a 70th anniversary “Remember D-Day” event on Friday, June 6, 2014 at 6 p.m. at the Whipple-Feeley Putnam County Veterans Memorial Chapel in Kent. Approximately 100 people, most of them veterans and their family members, attended the standing-room-only event. Among the veterans were Sal Inserra who fought in the Pacific Theater and Mario Antoci who recounted his WWII experiences as a prisoner of war in the European Theater.

“I had the opportunity to be at the Normandy American Cemetery with my son one evening before it closed,” said Odell as she recalled her overseas trip in 2012. “To see the sea of crosses and Stars of David marking the fallen soldiers as we listened to “Taps” and watched the American flag being lowered as a Marine looked on and saluted, reminded us the world is free because of the sacrifices made by American soldiers in World War II.”

For those who would like to watch the Remembering D-Day ceremony, the following links have been provided: