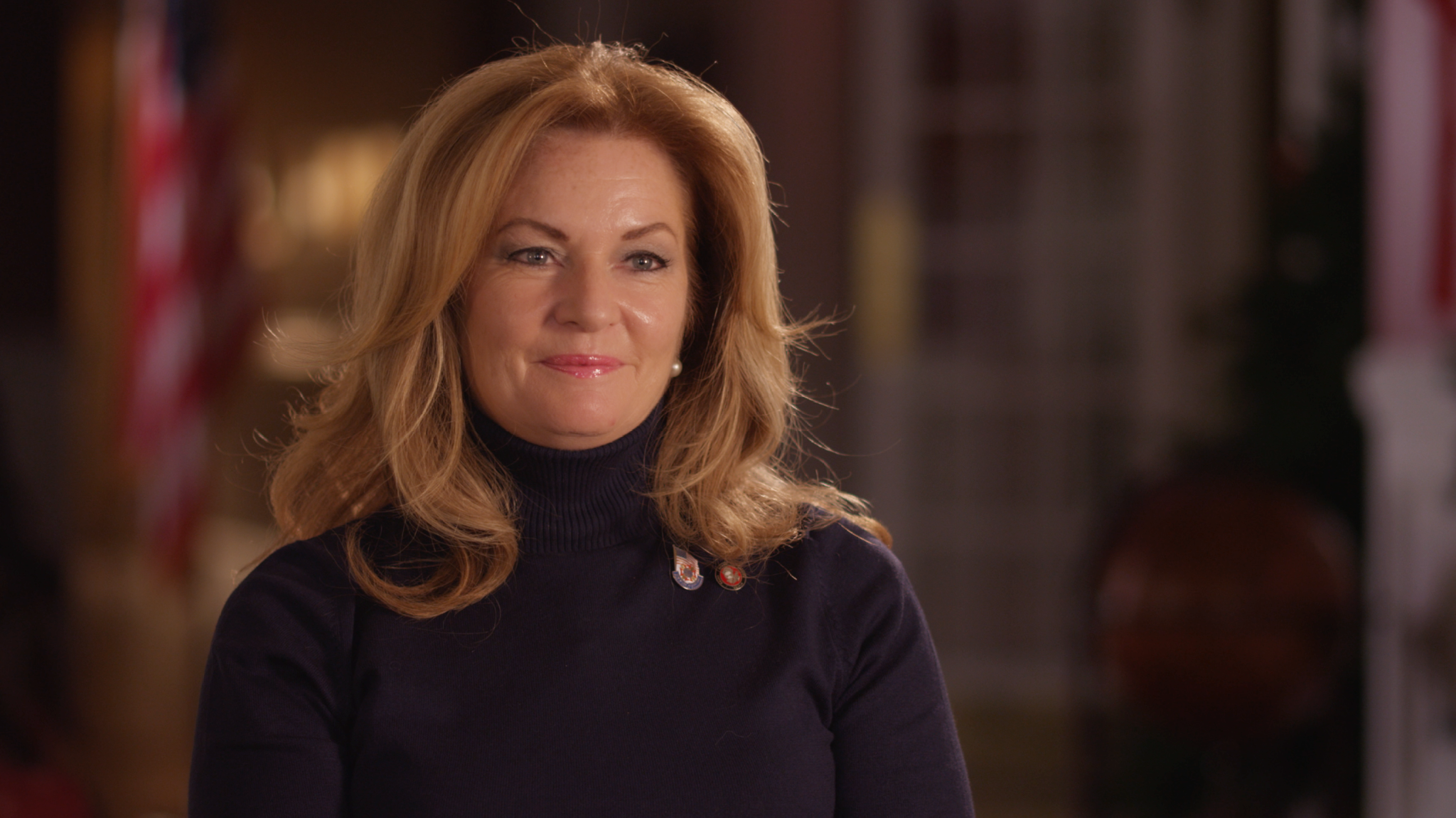 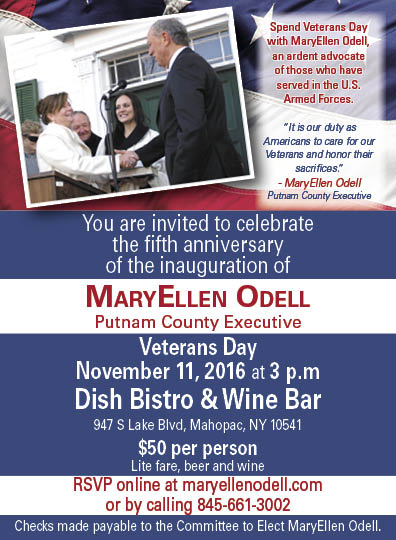 Spend Veterans Day with MaryEllen Odell, an ardent advocate of
those who have served in the U.S. Armed Forces.

“It is our duty as Americans to care for our Veterans and honor their sacrifices.”
– MaryEllen Odell, Putnam County Executive

You are invited to celebrate the fifth anniversary
of the inauguration of Putnam County Executive MaryEllen Odell
on Veterans Day, Friday,  November, 11. 3 p.m.

RSVP online at maryellenodell.com or by calling 845-661-3002
Checks made payable to the Committee to Elect MaryEllen Odell.

I am unable to attend, would like to purchase a ticket for a Veteran $50.00

Checks made payable to the Committee to Elect MaryEllen Odell