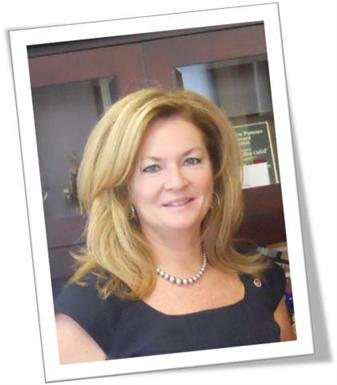 CountyExecutiveMaryEllen Odell will officially declare 2014 as the “Year of the Senior” at a festive luncheon scheduled to be held at the Putnam County Golf Course on Wednesday, January 29, 2014.

“Seniors are among our most valuable residents,” said Odell. “We need to honor and embrace the wisdom that our seniors possess. They are our parents, grandparents and great-grandparents. They are our veterans, first responders and volunteers. They are our teachers, our mentors and our business leaders as well as leaders in doing charitable work with our not-for-profits.”

The approach of her Grandmother Mae O’Brien’s 100th birthday sparked the idea that led to the decision to declare 2014 as Putnam’s Year of the Senior.

“Reflecting on her life I recalled she was a daughter in a family with five siblings whose parents emigrated from Ireland. She survived the Great Depression, was a widow and single parent during WWII and then had a career with Consolidated Edison for 30 years,” said Odell. “To this day, she continues to help her family and neighbors and encourages all of us to exercise and stay active.”

Helping Putnam senior citizens stay active as they successfully progress through the “continuum of aging” is a role that the Office of the Aging Director Patricia Sheehy relishes. Sheehy and her staff oversee a myriad of opportunities which aid those Putnam residents who are 60+ to “age in place in a livable community.”  Four Friendship and Nutrition Centers across the county see hundreds of seniors gather daily to enjoy exercise, arts and education programs, lunch and each other’s company.

Sheehy noted that the luncheon will also serve as a 45 year milestone for Putnam Office for the Aging.

“It was in 1969 that New York State designated Putnam County as one of its Area Agencies on Aging,” Sheehy said.

According to the New York State Office for Aging, and based on information from 2010 Census, Putnam’s senior population, those aged 60 years and older, now account for 1 in every 4 residents in Putnam County.

“It is particularly poignant that this year should be hailed the ‘Year of the Senior’ as 2014 marks Putnam’s rise to the fastest growing senior population in New York State,” said Sheehy.

Advancing the quality of life for Putnam’s seniors through improved public transportation has been one of many objectives for the County’s Transportation Task Force spearheaded by its director, Vincent Tamagna.

“The Transportation Advisory Council strives to meet the needs of our seniors as well as others within the county,” said Tamagna. “Keeping seniors mobile and able to enjoy local tourist attractions, shopping, medical and business destinations is our priority. We need to bring the community that has the time to travel to the places they most want to visit. We are working to revamp our bus routes within Putnam and will announce a plane in a matter of weeks because we know that good public transportation is a key to assisting our elder citizens who wish to age in place within their community,” said Tamagna.

The NYSOFA also determined that volunteer work done by approximately one-fourth of Putnam’s 11,835 seniors, upwards of 3,000 individuals more than 500 of whom participate in the OFA’s Retired and Senior Volunteer Program (R.S.V.P.) amounted to 56,298 in donated hours at a value of $1.6 million.

“The economic value of our seniors within the County is huge,” said Sheehy.

In return, Odell said plans are underway to improve the senior center on the grounds of the Donald B. Smith Campus in Carmel and to build a new senior center in the Cold Spring/Philipstown area. Fresh and more nutrition-based menus have already been adopted at their nutrition centers and a year’s worth of celebratory events is being planned and will include honoring a senior citizen from every town and village throughout the year for their contribution to their community.

“If you want to know how your children will treat you when you grow old, remember they are watching how you treat your elders now. So let’s show the generation behind us how we honor our elders – with gratitude and respect,” said Odell.

Among the number of special events scheduled during the luncheon will be the premiere of Putnam’s first ever tourism commercial. It will be presented by Tourism Director Libby Pataki.

“Putnam holds a unique spot within the Greater Hudson Valley Region with its natural beauty and recreational opportunities and this beautifully produced, full-color commercial highlights those assets,” said Pataki.

The ad, which targets people seeking pristine getaway destinations, will be shown throughout the greater metropolitan area.

“It’s the first time we’ve made a real effort to reach outside of our county to draw in people seeking outdoor recreational adventures,” said Pataki. “In this ad, we focus on the many recreational activities such as hiking, kayaking, canoeing, golfing, our outdoor winter sports; well, all the many things tourists can enjoy when they come to visit Putnam,” she said.

All Putnam residents 60 years of age and older are invited to attend the luncheon and a voluntary contribution of $3.00 is suggested. Reservations are required. To reserve a seat, call the Office for the Aging at (845) 808-1700 or your local Friendship Center.