From The Putnam Examiner: Costco Coming to Patterson Crossing 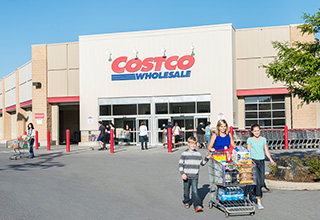 From The Putnam Examiner: https://www.theexaminernews.com/costco-absolutely-committed-to-patterson-crossing-site/

Costco made it clear last Monday that it’s coming to the Town of Patterson no matter what.

Costco representative Ernest Annibale. During the nearly hour long meeting on the third floor of the county office building, Annibale of Northwest Atlantic (that owns Costco) stressed Costco had every intention of opening a store at the Patterson Crossing Retail Center site, even if it meant waiting out litigation that’s holding up the mega store’s arrival.

Two Patterson residents, Harry Hitner and Michele Sweig, filed a legal action to thwart the project in 2016 after a gas station was added to the plans, but a judge ruled against them and in favor of Town of Patterson governing boards and Patterson Crossing LLC. The attorney representing the residents, Jim Bacon, has until late January to appeal the 40- page decision and possibly prolong the legal battle. Camarda said he’s confident Patterson Crossing and the town would win any appeal and he would even consider a settlement with the neighbors suing to move the project ahead. Bacon could not be reached for comment before press time.

As this litigation plays itself out, Costco waits. Camarda hopes to see a shovel in the ground by spring 2018 if the legal drama ends soon.

“We are absolutely committed to this site and there is no other site,” Annibale said. “This is the site we intend to do and we’re going to stick it out until it’s done.”