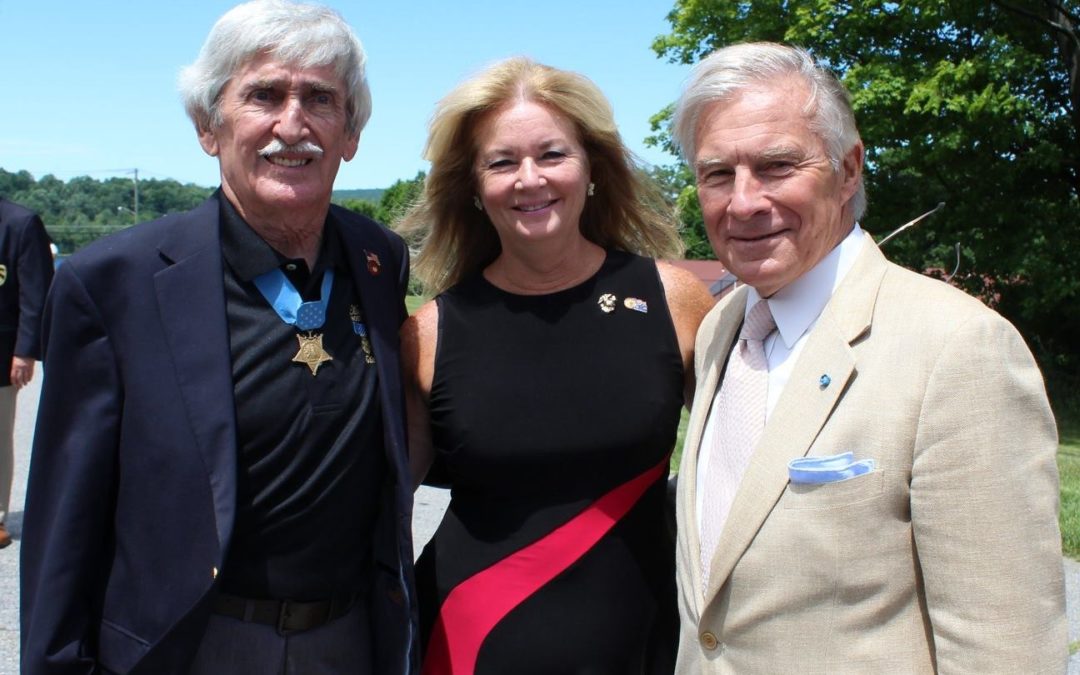 Peter Fiumefreddo, chairman of the NYS Medal of Honor committee, said that they chose Putnam County because we are a community that is known for honoring its Veterans. From the Row of Honor that waves along the shores of Lake Gleneida to being the first Purple Heart County in the state and having the first Gold Star Mothers statue, recognizing the sacrifice of the men and women who serve(d) in the U.S. Armed Forces is a core value to the people of Putnam County.

I am grateful for all the military personnel, Veterans organizations, fire departments and civil groups that participated in the parade. I am especially appreciative to the grand marshals— Medal of Honor recipients Paul Bucha and Robert O’Malley, for inspiring us to go the extra mile and you can make a difference in the world.

In honor of the parade, I have decided that the Row of Honor will remain up through November to celebrate this momentous occasion.

I am so proud to live in Putnam County—a community that stands up for America and recognizes our Veterans every day.