Hundreds of Veterans Chow Down In Putnam County 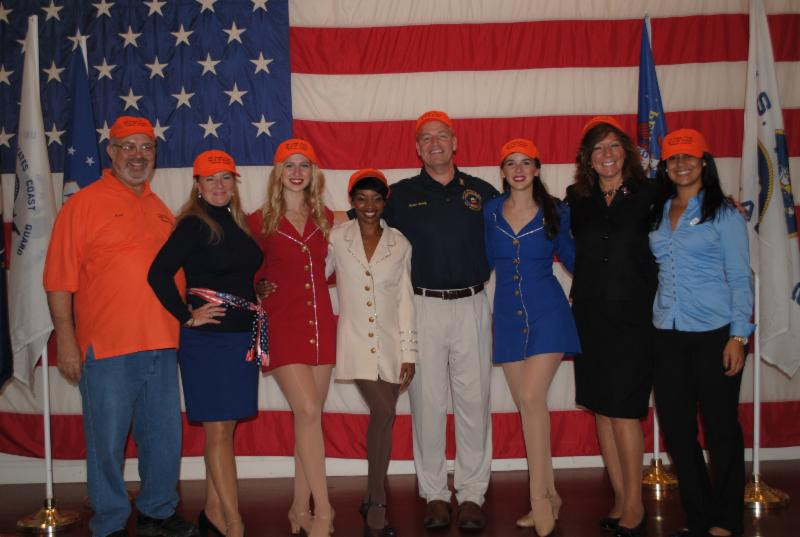 MAHOPAC, NY – Hundreds of local veterans and their families enjoyed the first Veterans Chow Down hosted by State Senators Terrence Murphy and Sue Serino and Putnam County Executive MaryEllen Odell held on Sunday, Nov. 1 at the Putnam County Golf Course.  The event, which was presented in cooperation of the PFC Joseph Dwyer Vet2Vet Program, paid tribute to the men and men from Putnam County who served in the U.S. Armed Forces.

“The goal of today’s event was to offer a small token of appreciation to the brave men and women who defended our freedoms,” Senator Murphy said.  “We are the land of the free because of the brave and there is no task too small when it comes to caring for our Veterans.”

The Veterans were served family-style a menu featuring creamed chip beef on toast (aka S.O.S.), Chicken Marsala, and smoked ham. A trio of singers from the USO provided live entertainment and the American Veterans Historical Museum set up exhibits and displayed several military vehicles.

“The sacrifices that our Veterans – and their families – make on our behalf are innumerable and we need to take every opportunity that we can to remind them that they have an incredibly grateful community behind them,” Senator Serino said.  “The Chow Down is our way of bringing out vets together, showing our appreciation and recognizing them for all that they do in our community.  Thank you to everyone who helped to make it a tremendous success.”

Dozens of volunteers welcomed the Veterans and served the meal.

“It is our honor today to serve our Veterans, who served our country and protected our freedoms,” Putnam County Executive MaryEllen Odell said.  “I also want to thank all of the volunteers – the Boy Scouts, Girl Scouts, high school and middle school students as well as adults, who worked alongside us to make today possible.  On behalf of Senator Murphy and Senator Serino and the PFC Joseph Dwyer Vet2Vet Program and thanking all of our Veterans and their families a happy and safe holiday season.”

The cornerstone portion of the event was built around the Vet2Vet Program, which is run by Putnam County’s Veterans Service Agency. It provides a place for peers (fellow Veterans, members of the Armed Forces and their families) to connect with and support one another in a safe and nonjudgmental environment.  It is a free, anonymous and confidential program that provides support, lunch-and-learn workshops, mentoring opportunities as well as training and development options.

Reports continue to show service members returning from active duty are at an increased risk of PTSD. Statistics from the Federal Government indicate nearly 20 percent of Iraq and Afghanistan war veterans suffer from PTSD, which is double the rate from Operation Desert Storm. In addition, there is an ongoing effort to reduce the suicide rate of veterans, which currently stands at a staggering rate of 22 every day.

“Today was a homerun,” said Karl Rohde, Director of Putnam County Veterans Service Agency.  “There were smiles on everyone’s face.  The veterans were proud to be here and proud to be veterans.  They loved the food and the entertainment from the USO.  Thank you to County Executive Odell, Senators Murphy and Serino for always supporting the Veterans and with the PFC Joseph Dwyer Vet2Vet Program to make this event possible.”

The event was warmly received by the Veterans guests.

“It was an incredible event,” said Veteran Earl Gunderson of Phillipstown. The food was delicious and it was great to sit at the table and some old stories.”

Veteran Nick Mucciarone of Mahopac agreed. “Today was wonderful, it could not have been better.  It was a beautiful affair and we really appreciate it.”