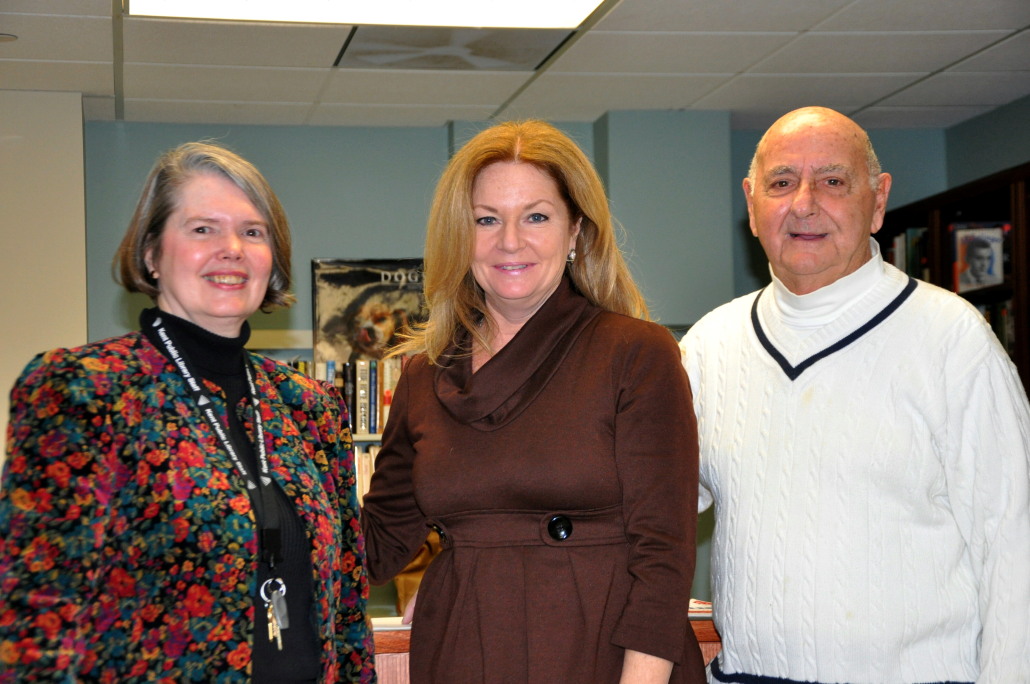 The Kent Public Library will now be able to host popular events without worrying about having too many attendees, thanks to the opening of its new program room on Sunday, January 25.  Previously the library could not entertain more than 21 people in a program. The new room will more than double the allowed occupancy.

“With our old program room we often had to turn away people on a waiting list because we just didn’t have room enough for everyone who wanted to attend,” said Carol Donick, Director of the Kent Public Library. “We are delighted that the room will allow us to offer more programs, which can be attended by more than 21 people at a time.”

Putnam County Executive MaryEllen Odell attended the grand opening with Leg. Carl Albano and Leg. Toni Addonizio. She is excited about the opportunity the new space affords to the library.

“Our libraries a vital resources to our communities,” Odell said.  “They offer a variety of programs that are tailored to the needs of the people. They often act as a conduit between people and the resources they need. This new room will ensure that the Kent Public Library will not have to turn people away from programs they want to participate in. It encourages people to be more engaged in the community to take advantage of the resources we have available.”

Donick noted that the idea for the new room was the birthed from the feedback the library had received from the community.

“When we asked patrons to give us up to 5 words to describe the way they would like the Kent Public Library to be 10 years in the future, the words mentioned most often were ‘community’ and ‘Books’,” Donick said.  “After that were ‘programs’, ‘variety’ and ‘communication’.  The room will help us build community by offering a variety of programs.”

Two men were pronounced dead on the front page of a newspaper in 1936 – one was a statesman from one of New York’s most prominent families and the other was the world’s most notorious serial killer of children. Both were named Hamilton Fish. In this story, a newspaper editor steps into a fantasy world attempting to comprehend the coincidence.

In live performances, Mason sings all of the film’s songs in costume, performing in sync to the film’s backing soundtrack, and is often accompanied by guest performers.

People can register to attend the performance online at kentlibrary.org.