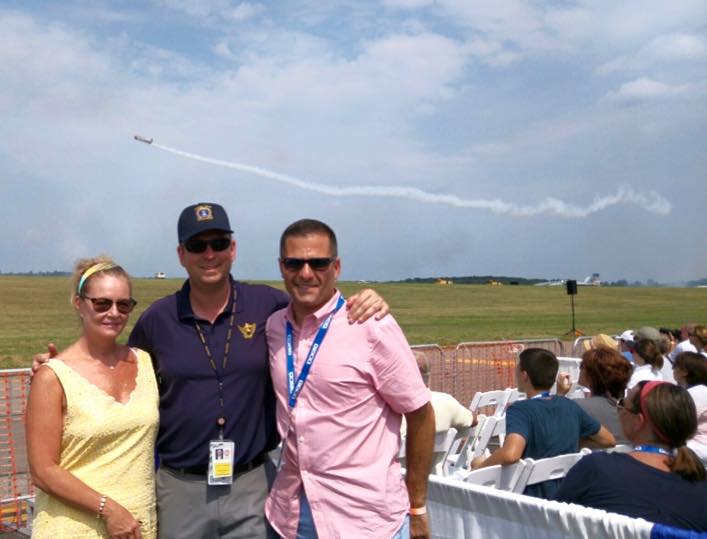 Orange County Executive Steve Neuhaus invited Putnam County Executive MaryEllen Odell and Dutchess County Executive Marc Molinaro to teamed up and help with an air stunt during the 2015 New York Air Show held at Stewart International Airport in Newburgh on Saturday, Aug.  29. The demonstration was featured on the first day of the two-day event.

The county executives held poles in the air that were connected by a ribbon and the Lucas Oil Pit Special Plane, a Pitts S-1-11b, flew upside-down through the ribbon, breaking it in two. The stunt was one of many acrobatic acts performed by new and vintage aircrafts.

“The New York Air Show was an incredible event to bring to the Hudson Valley and I want to thank County Executive Steve Neuhaus for allowing me to be part of the festivities,” said Odell.  “This event brought thousands of people to the region, some for the first time, which shows the important role tourism has in the Hudson Valley.  We are at a time where counties need to work together and support one another, not compete against each other.  Events like the air show benefit all of us in the region.”

Next year’s show has already been scheduled for Aug.  20-21, 2016 at Stewart International Airport.