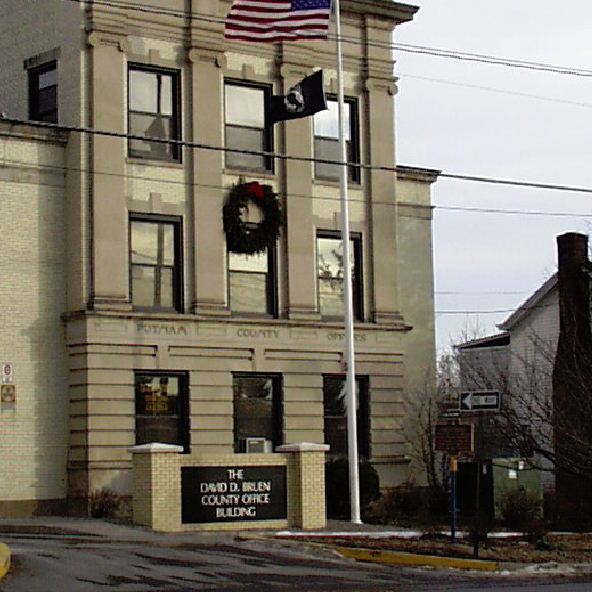 It is with great sadness that I announce that passing of David D. Bruen, Putnam’s first County Executive. Dave was an honorable public servant and leaves a legacy of distinguished service to his county and to his Brewster community.

David Duncan Bruen was born in Brewster to Matthew Raymond Bruen and Mildred S. Duncan on August 14, 1929. He passed away at home on February 1, 2014 at 84 years of age.

On June 16, 1951, after graduating from Fordham University, David married the love of his life, Marilyn Ann King of Brewster.

David was a life long member of the St. Lawrence O’Toole Parish where he served as lector. He began his insurance career as a special Marine Agent for The Insurance Company of North America in White Plains and eventually, owned and operated a successful insurance and real estate business in Brewster.

David’s contributions and dedication to his community included volunteer work with the Brewster Rotary, the Salvation Army, Friendly Sons of St. Patrick and the Knights of Columbus.

Although an avid golfer, sailor, skier, hunter, stargazer, nature lover and humanitarian, David will be most remembered for his unyielding love and respect for family, friends and country, always lending a helping hand without question, without judgment.

To honor this remarkable man, David D. Bruen will lie in state in the Historic Putnam County Courthouse from 10 a.m. to 1 p.m. on Tuesday, February 4. The courthouse is located at 44 Gleneida Avenue, Carmel, NY. A later viewing will be held from 4 to 8 p.m. at the Beecher Funeral Home, 1 Putnam Avenue, Brewster, NY.