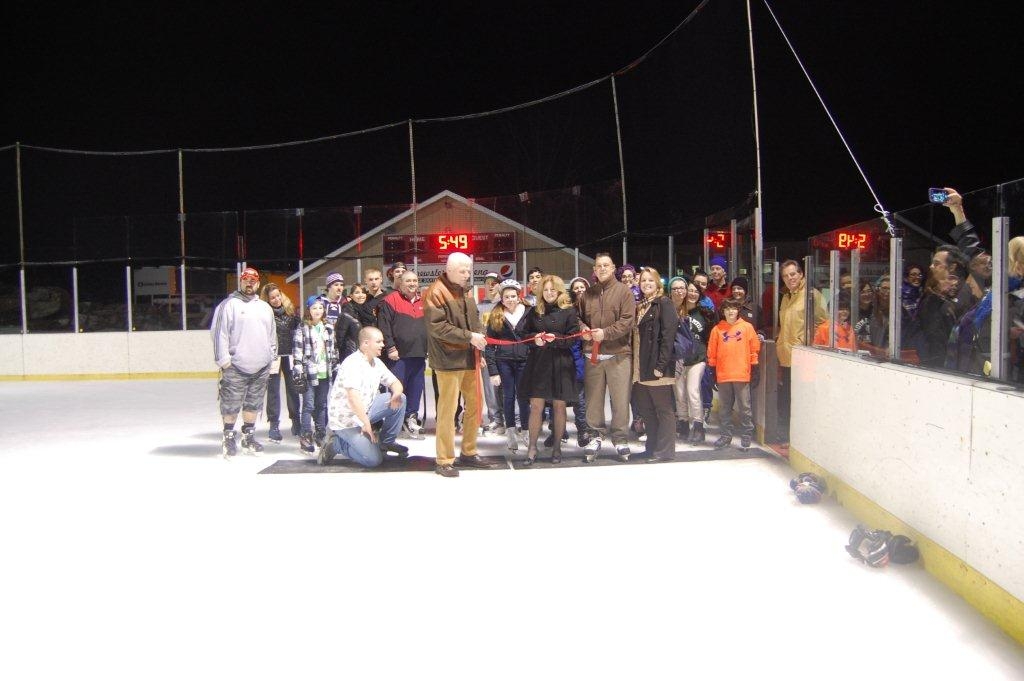 County Executive MaryEllen Odell cut the ribbon at the opening of “The Pond,” the latest addition and first outdoor skating rink at Brewster Ice Arena’s premier sports complex. Assisted by owners Jim Hahn and Steve and Sandy Santini and surrounded by staff and skaters, Odell cut the red ribbon on January 15.

“Brewster Ice Arena has grown consistently as it continually seeks to provide that which its members and customers want. This beautiful outdoor rink, “The Pond” is just another example of “If you build it they will come,” said Odell.

Brewster Ice Arena opened in December of 1997 as a one rink facility but quickly grew as did the demand for more additional skating rinks. The following year, a second rink was added and in 2000, a studio rink was built on the facility’s second floor. Then, in 2002, Players Sports Bar, Restaurant and Banquet Hall opened and in 2005 a full-sized fitness center was added. Today, the Brewster Ice Arena is the first four-rink facility in the lower Hudson Valley and Western Connecticut area.

“Given the popularity of the NHL’s Winter Classic outdoor games, we are excited to bring a bit of the nostalgic pond hockey ambiance, introducing a new generation of skaters and hockey players to a fantastic tradition,” said Steve Santini. “Our new surface enables us to further cultivate our existing programs and to help us accommodate all of our loyal customers’ skating needs.”

The Grand Opening celebration included free skating from 4:30 to 6:00 p.m. followed by a cocktail party in Players Restaurant/Sports Bar.