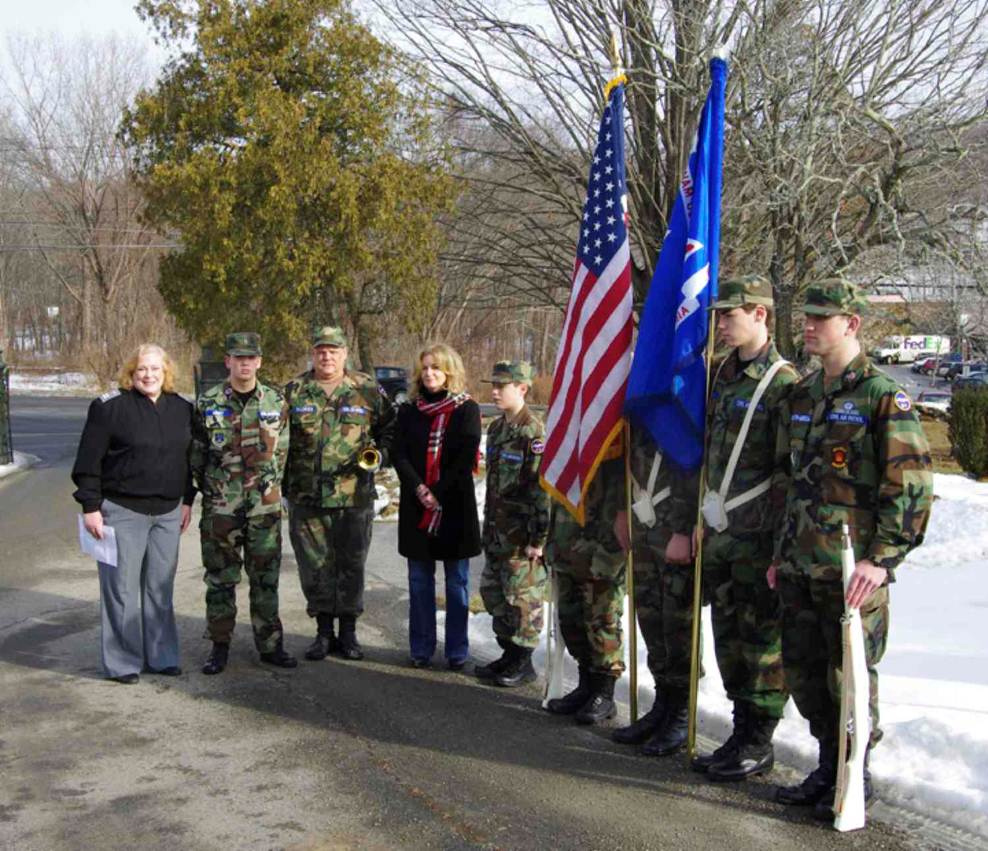 CountyExecutiveMaryEllen Odell joined several members of Putnam County Composite Squadron, Civil Air Patrol (Putnam Mustangs) at noon on December 21 as they placed holiday wreaths at RaymondHillCemetery in Carmel as part of their Wreaths Across America Ceremony.

Wreaths Across America was initiated in 1992 when Maine resident Morrill Worcester, owner of Worcester Wreath Company, found he had an excess of holiday wreaths. With the help of Maine Senator Olympia Snowe, Worcester arranged to have the wreaths placed in ArlingtonNationalCemetery. Over the next dozen years, others joined Worcester and the white crosses were quietly adorned each holiday season.

Then, in 2005 a photo of the wreath adorned headstones covered in snow received national attention after circulating on the internet. In 2006, the Civil Air Patrol and numerous other civic organizations followed Worcester’s example and began their own wreath laying ceremonies on the second Saturday of December in their communities.

Community Relations Officer Cpt. Elena MacDermant said the Putnam Mustangs fundraise annually to purchase the wreaths and then place them on the graves of veterans buried at RaymondHillCemetery in Carmel.

“This is the fourth year we have participated in this wonderful ceremony to honor our Veterans,” said MacDermant. “While the ceremony is always held at noon across the country on the second Saturday of December, we were snowed out this year and had to do it the following week.”

The Civil Air Patrol Squadron is open to young people ages 12-21 and is the auxiliary of the U. S. Air Force. Congress tasked Civil Air Patrol with Search and Rescue operations within the US borders, Cadet Programs and Aerospace Education. The Squadron trains with the Putnam Bureau of Emergency Services to serve the community wherever needed. For more information on the Putnam Squadron, contact Capt. MacDermant at (845) 228-4460.