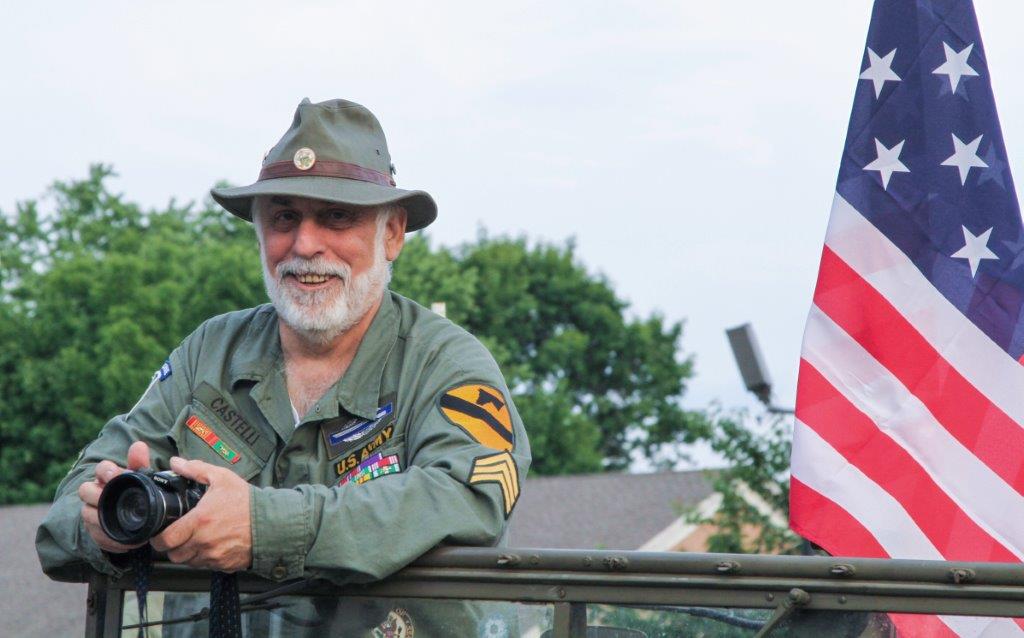 “Today the county mourns the loss of a great man and I mourn the death of a great friend,” said County Executive MaryEllen Odell. “I met Denis over 10 years ago and we have worked on a number of projects together that dealt with the history of Putnam County, the betterment of his beloved Brewster or about bringing awareness, and where we could solutions, to the issues affecting veterans. His spirit and unwavering loyalty will be missed.”

Castelli served in the 1st Cavalry during the Vietnam War and received the purple heart for being wounded in the line duty. A proud veteran, he worked tirelessly to help his brothers in arms. Castelli was a member of the VFW Post #672 in Brewster. He also had assisted Congresswoman Nan Hayworth for two years as a veterans advocate. He was also instrumental assisting Putnam County to become the first Purple Heart County in New York State.

From the late 1970s until his retirement in 2000, Castelli had been a computer analyst for

Daprex Inc. in Stamford, Conn. He had lived in North Salem since 1989 and Brewster prior since the early 1970s.

Castelli was an avid photographer, displaying his works in both the Applebee’s restaurant in Brewster and the Putnam County main offices; he enjoyed writing articles for the village of Brewster among many entities. Castelli was also a trustee of the Southeast Museum for 19 years and a board member for both the Putnam County Land Trust from which he recently received the emeritus award and the Landmarks Preservation Society.

Besides his wife Athena of 31 years, Castelli is survived by his brother Michael Denis Castelli of Venice, FL as well as several aunts and uncles and many many friends.

A mass of Christian Burial will be celebrated Friday April 25, at 10 a.m. at St. Lawrence O’Toole Church in Brewster. A private cremation was held earlier. Calling hours will be on Thursday, April 24, at Beecher Funeral Home, 1 Putnam Avenue, Brewster.

The county will honor and remember Denis Castelli on June 12 during the bicentennial celebration of the Putnam County  historic courthouse in Carmel, N.Y.