Putnam Remembers the Soldiers Overseas with Operation Defend the Holidays 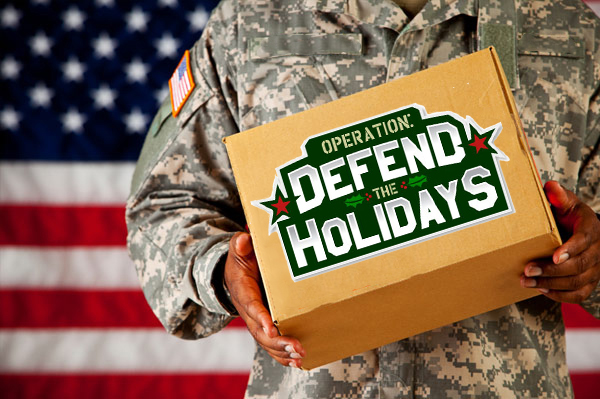 CARMEL, N.Y. – During this season of giving, we need to remember that our greatest gift is that of freedom. For the second year, Putnam County Government and the Putnam County Sheriff’s Department are working in a joint effort with United for the Troops to raise money to send comfort packages to those serving in the U.S. Armed Forces overseas. The effort is known as Operation Defend the Holidays.

“The men and women soldiers serving overseas have sacrificed so much to protect our liberties and defend our freedoms; it is a gift that gives to us every day of the year,” said Putnam County Executive MaryEllen Odell. “Sending a comfort package lets the troops know we are thinking about them during the holiday season.”

“Speaking from my own experience as a soldier who was posted overseas during Christmas, I can personally attest to how uplifting it is to one’s morale to receive a care package from back home,” Smith said. “That is one of the reasons  I strongly support the efforts of Operation Defend the Holidays  and urge folks here on the home front to remember our brave young men and women who are serving our country far from home this Christmastime.”

For a $15 donation, a care package will be sent to a soldier overseas on your behalf.  You will be given a card acknowledging the gift. Your name will also appear on a virtual wall highlighting the number of comfort packages that have been sold.

Last year 360 comfort packages were sent to the soldiers on behalf of Putnam County employees as well as their friends and family members. This year the program is open to the public as well.

United For The Troops is a 501-c-3 that sends care packages to troops serving overseas. It was started by Mahopac residents Jim and Pat Rathschmidt. The couple along with their friends and neighbors launched the organization in 2007 when Rathschmidt’s son, Luke, was serving with the 82nd Airborne Division of the US Army in Iraq.

Following numerous conversations with service men and women, the group found out that while the military provides soldiers with the essentials for day- to-day life, many of them miss the extra amenities that they enjoy while at home. The organization’s purpose is to make the soldiers’ lives a little better while serving overseas by sending items such as cookies, DVDs, CDs, snacks and t-shirts.

“While all of our comfort packages are made up of donated items, it costs us about $15 to ship a care package overseas,” said Jim Rathschmidt. “Through the great efforts of County Exec. MaryEllen Odell, Sheriff Don Smith, the county employees and other Putnam residents, we will be able to ship even more boxes to our men and women serving our country overseas. Thanks to the generous support we receive, our mission to ‘Bring A Little Comfort To Our Troops’ continues on.”

Donations can be pledged by submitting the form found at putnamcountyny.com/carepackage. Terry Oliver, confidential secretary to County Executive MaryEllen Odell, is accepting the contributions. Checks can be mailed to Terry Oliver, 40 Gleneida Avenue, Third Floor, Carmel, N.Y. 10512. She can be reached at 845-808-1001 or via email at terry.oliver@putnamcountyny.gov. Checks can be made out to United for the Troops with Operation Defend the Holidays written in the memo section.

United For The Troops has sent over 10,000 comfort packages to the troops since its inception.

The deadline to donate to Operation Defend the Holidays is December 18.