Putnam to Receive an Increase in CHIP Funding for Roads 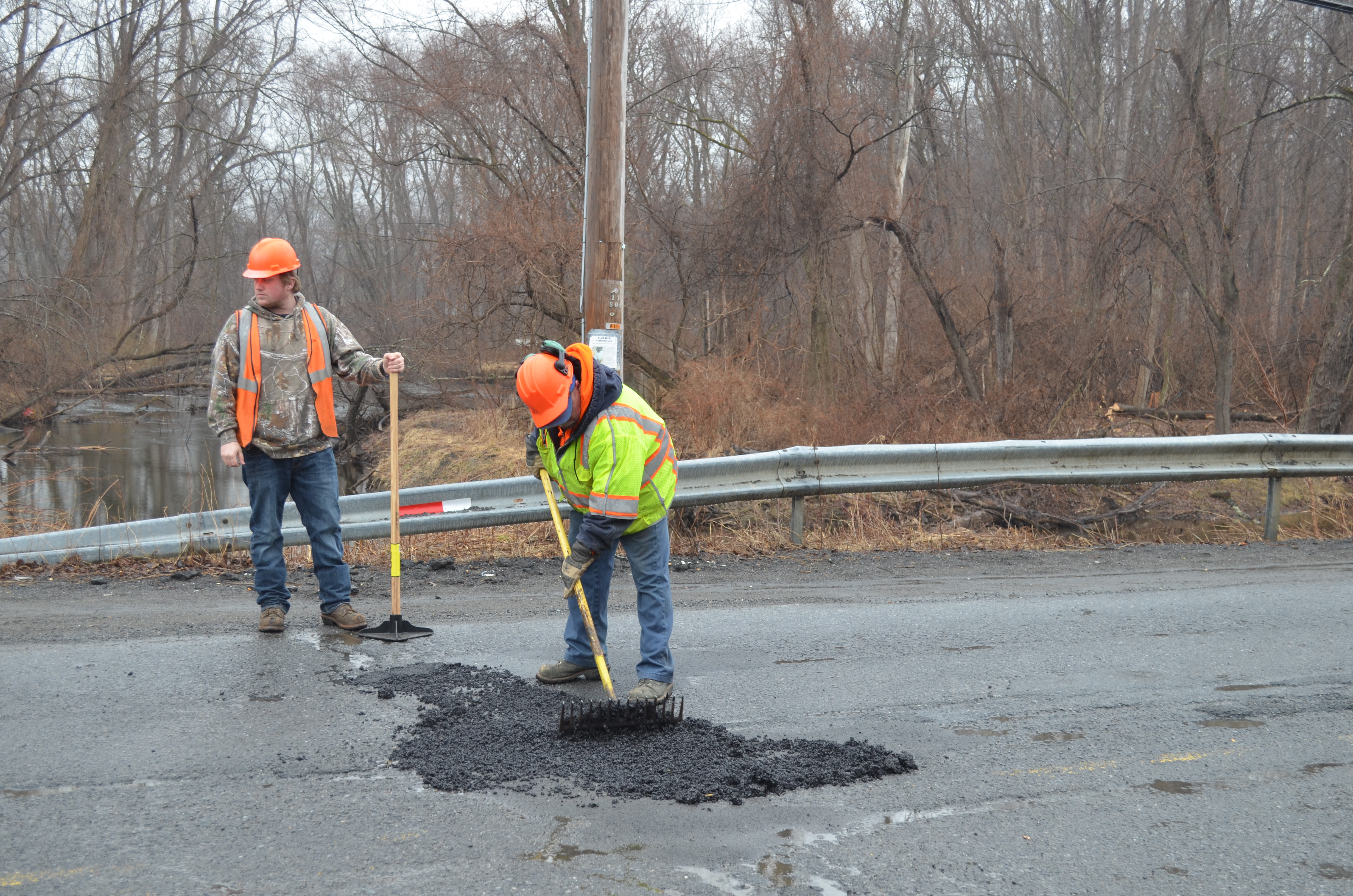 Putnam County and the local municipalities will have some extra money to go toward road repair this year. Figures from the 2015-16 New York State budget show that additional monies have been appropriated through the Consolidation Local Street and Highway Improvement Program, more commonly known as CHIPS, and the Extreme Winter Recovery fund.

“After the winter we just survived, we could use all the funding we can get so we can fill the potholes and get our roads back into shape,” said County Executive MaryEllen Odell. “I want to thank Senator Terrence Murphy and Senator Sue Serino for ensuring our communities received an increase allotment.”

“I am proud to have delivered more than $1,000,000 to Putnam County to fix our roads and win this war on potholes following another devastating winter,” Murphy said.  “In Albany, I joined my colleagues from both sides of the aisle in approving an additional $50 million over what Governor Cuomo had proposed for our roads and I will continue to fight to deliver crucial funding for the Hudson Valley’s infrastructure needs.”

Putnam’s Highway Commissioner Fred Pena traveled to Albany with Kent Highway Superintendent Rich Othmer and other local highway superintendents to advocate the need for more money to be distributed through the CHIPS program to the state representatives before the budget was passed. THEY requested a 40 percent increase in permanent CHIPS allocations and a $500 million boost in state aid to local roads, bridges and culverts from the $5 billion foreign bank settlement.

“Since taking office I have met with highway superintendents in numerous municipalities to hear first-hand about their needs,” said Senator Serino. “It was made incredibly clear that this year’s severe winter weather has caused unprecedented damage and this funding will go a long way in helping our localities make necessary improvements without overburdening our hardworking taxpayers.

“Sen. Murphy and Sen. Serino were very helpful in advocating for our needs,” said Goff. “While it is not as much money as we had asked for, every little bit helps and the local highway departments will be able to start repairing the damage that was done from the frost over the winter.”

Carmel Superintendent Michael Simone said “Very Disappointed to say the very least, after going to Albany and lobbing the Senate and Assembly asking for  200 million over 5 years and 500 million for our bridges,  culverts, and drainage.   One would think the infrastructure would be most important and the fact the Governor called it Pork Barrel money and locale municipality should take care of their own local roads” is absurd”.

“The snow and the cold temperatures caused some sort of damage to every road around,” said Bruen. “Our state senators get it—local roads matter.”

The current state budget gives a one-time extreme winter recovery apportionment of $50 million and a possible $150 million from the foreign bank settlement. However, there has been no indication the $150 million will be allocated to local roads.

“While we are pleased with a 20 percent increase in the one-time extreme winter recovery apportionment from 2014, the state budget falls short of addressing serious road system infrastructure issues and a permanent increase to CHIPS,” said Pena.  “This is obviously a significant disappointment.  Road system infrastructure support must continue to be a focal point, as cost for road maintenance continues to rise.  Without financial support from Albany, local municipalities will have to continue to look towards local tax payer to fill the gap.”

Odell and the highways superintendents are asking for Murphy and Serino to fight for the $150 million from the foreign bank settlement to be distributed among the county, town and village highway departments so local roads can be fixed.