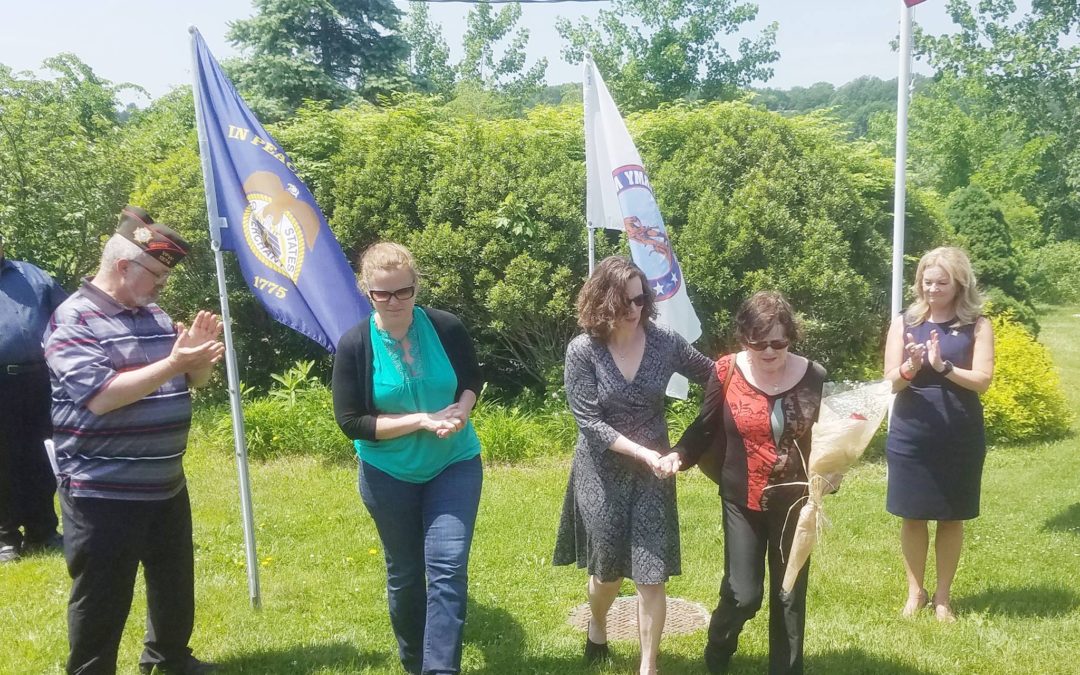 CARMEL, NY – In remembrance of Richard Farrell of Yorktown, who worked for the Putnam County Veterans Service Agency, County Executive MaryEllen Odell joined his family, friends, colleagues and fellow members of Mahopac VFW Post 5491 at the Row of Honor along the shores of Lake Gleneida in Carmel, NY on Wednesday, May 30. Collectively, the group purchased six American flags in Farrell’s honor.

“Today is the day that Memorial Day was recognized for 200 years, and in Putnam County, we pay homage to those soldiers we have lost on both the observed federal holiday as well as the traditional holiday,” said County Executive Odell. “Today we are honoring Richard, who was a dedicated soldier and an incredibly generous man. This ceremony has inspired us. Every year on the traditional Memorial Day, we will a remembrance service at the Row of Honor to honor every Veteran from Putnam who passed away the previous year.” 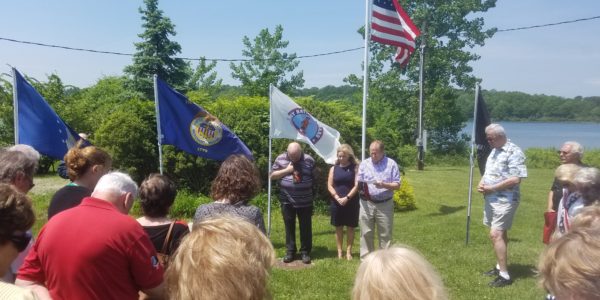 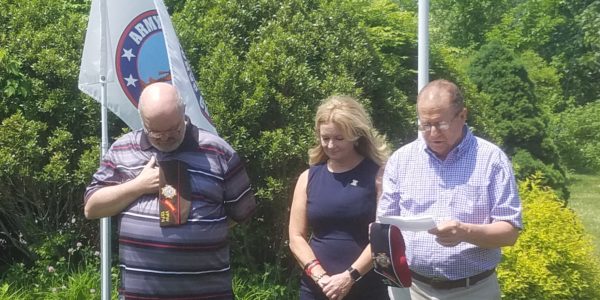 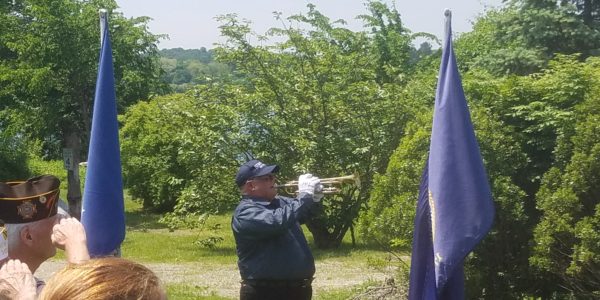 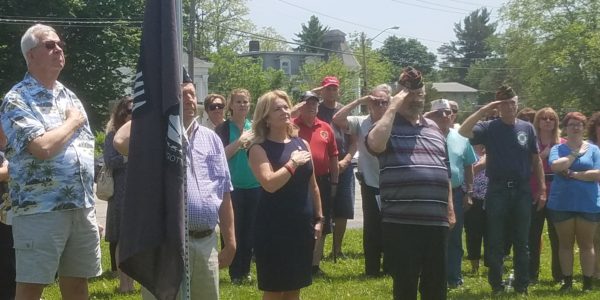 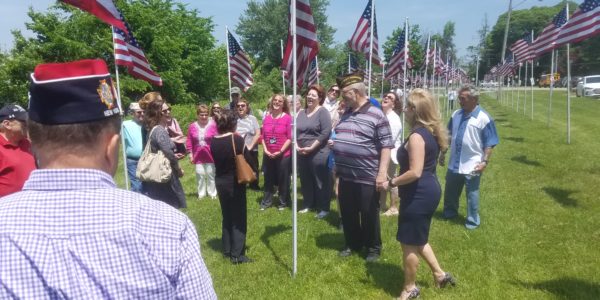 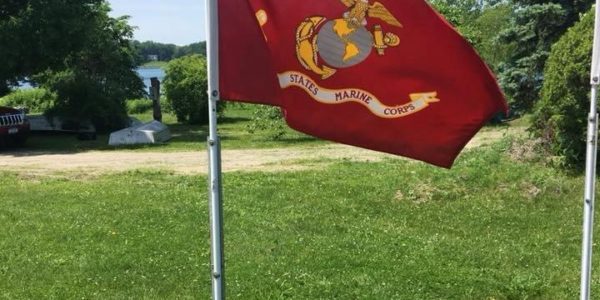 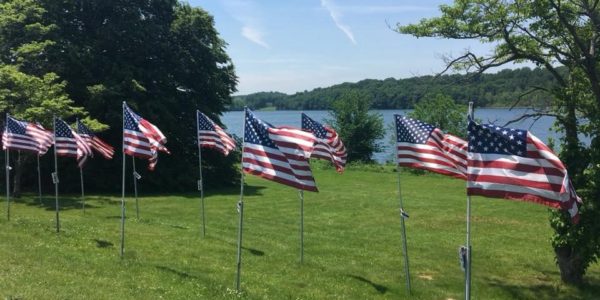 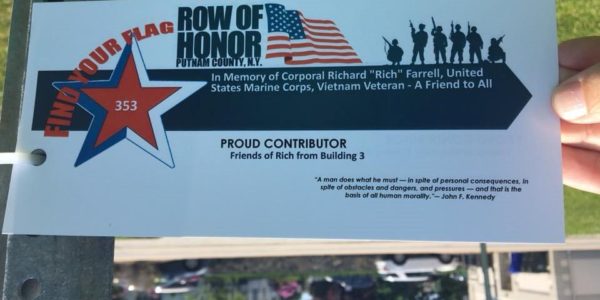 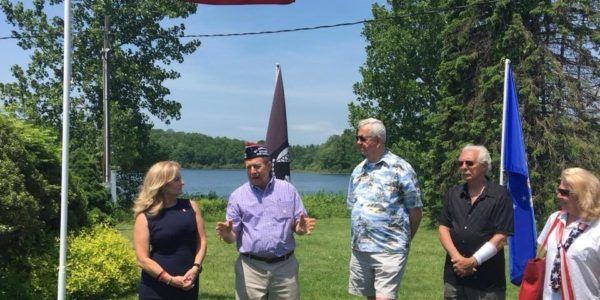 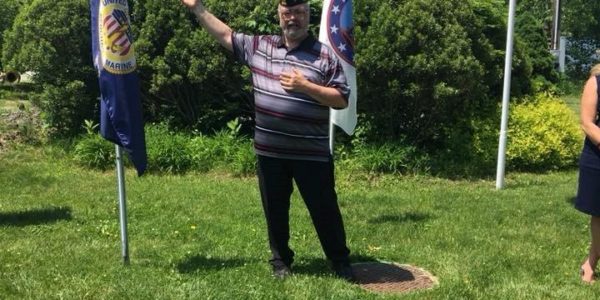 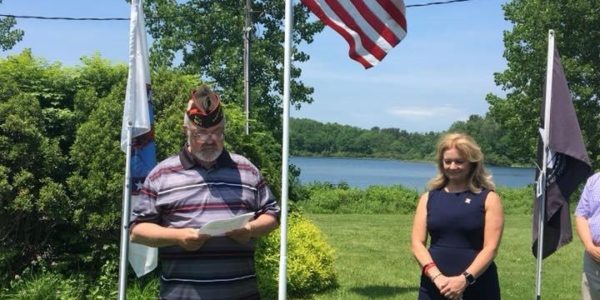 Farrell, who served in the United States Marine Corps during the Vietnam Conflict and was a member of the New York City Fire Department with Engine Co. 80/Ladder 23, and retired as a Fire Marshall in 1989, died on Dec. 4, 2017.

“Rich was a great friend and colleague,” said Veterans Service Agency Director Karl Rohde. “He is missed by all who knew him. The flags that were dedicated to him in the Row of Honor pay tribute to his friendliness and wise counsel and will help carry on his legacy for years to come. He will not be forgotten.”

The Putnam County Veterans Service Agency will work in cooperation with the local Veterans organizations to collect the names. Residents can submit names to the agency. Each name will be read at the remembrance ceremony on May 30.

To submit a name to the Putnam County Veterans Service Agency. call 845-808-1620 or email putnamvets@putnamcountyny.gov

Photo caption: County Executive MaryEllen Odell (right) and Putnam County Veterans Service Agency Director Karl Rohde applaud Richard Farrell’s wife Eileen and their daughters after they spoke about him at the remembrance ceremony held in his honor at the Row of Honor on Wednesday, May 30.