Row of Honor Kick-Off Breakfast to be Held May 16 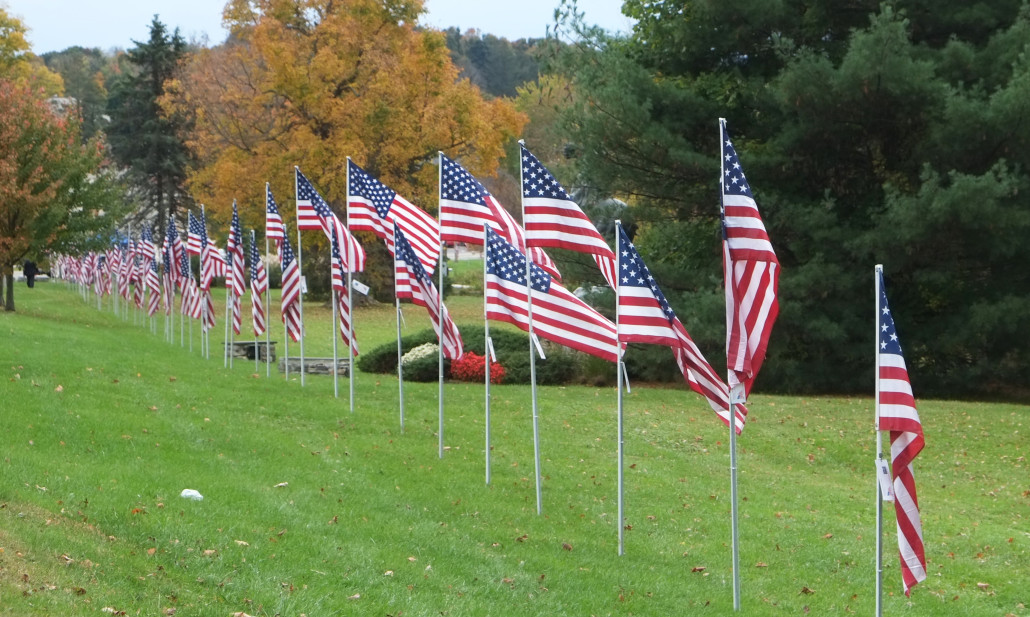 A pancake breakfast on Armed Forces Day will kick off the spring Row of Honor season on Saturday, May 16 at the Carmel VFW Hall, located on Route 52 in Carmel, N.Y. from 9 to 11 a.m. The Putnam County Joint Veterans Council is organizing the breakfast. There is a suggested donation of $8 per person or $12 per family.

Armed Forces Day was first observed in May 1950 to honor Americans serving in the five U.S. military branches – the U.S. Army, U.S. Navy, U.S. Marine Corps, U.S. Air Force and U.S. Coast Guard – following the consolidation of the military services in the U.S. Department of Defense. It was intended to replace the separate Army, Navy, Air Force, Marine Corps and Coast Guard Days, but the separate days are still observed, especially within the respective services.

“It makes sense to start the spring Row of Honor season on Armed Forces Day,” said Putnam County Executive MaryEllen Odell. “Just like Armed Forces Day, our flags represent those who have served and those who continue to serve in our five U.S. military branches. The kick-off pancake breakfast is a touching way to bring out Veterans, along with their family members and friends, together as we honor the memories of lost soldiers and remember the sacrifice of all those who served in the U.S. Armed Forces and emergency services.”

Twice a year, for Memorial Day and Veterans Day, over 100 flags with the names of Veterans line the shore of Lake Gleneida. This historic observation has become a cherished tradition for residents and has drawn national attention to Putnam County.

“A sense of pride and sadness fills me when I see the Row of Honor,” said Veteran Karl Rohde, who is Director of the County’s Veterans Service Agency and Vice Chairman of the Putnam County Joint Veterans Council. “Pride because it is an obvious show of patriotism and love for our country.  It makes me sad because it reminds me of my comrades who have lost their lives serving with honor under that flag.”

With a $100 donation, the name of your loved one can appear on a flag. The proceeds will go toward the return of the Traveling Vietnam Memorial Wall to Putnam County Veterans Park in September.

To RSVP for the pancake breakfast or to order your flag call 845-808-1620 or visit PutnamCountyNY.gov/ROH. Checks can be made payable to the Joint Veterans Council to PC Veterans Service Agency, Donald B. Smith Government Campus, 110 Old Route 6, Bldg. 3, Carmel, N.Y. 10512.