Statement from MaryEllen Odell on the death of Lou Christiansen 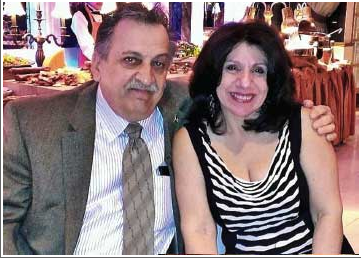 “On Sunday we lost a general in the Army on the War on Addiction,” said Putnam County Executive MaryEllen Odell. “Lou and his wife Carol co-founded the nonprofit organization Drugs in Our Backyard with Susan and Steven Salomone in 2012, after both couples lost their sons to drug overdoses two weeks apart. At a time where many would be privately mourning, Lou, Carol, Susan and Steven worked tirelessly to make the community aware of the substance abuse epidemic in Putnam and Northern Westchester. Lou was an inspiration to us all. He was open, honest and courageous. He will be greatly missed. My thoughts and prayers go out to Carol and their daughter Karina.”

Lou Christiansen of Somers died on Sunday, January 4, from brain cancer that he had been battling since November 2013.

The wake will be on Wednesday at Clark’s Funeral Home in Yorktown. The funeral is scheduled for Thursday at St. Patrick’s Church in Yorktown.

He is survived by his wife Carol and daughter Karina. He was predeceased by his son Erik.