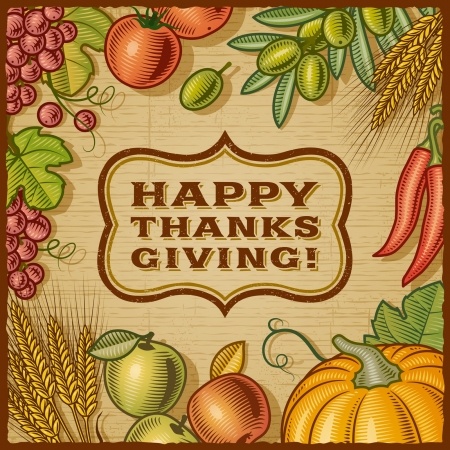 In December of 1621, the Pilgrims held what we think of today as the first Thanksgiving. They had survived their first harsh winter in Plymouth, sown crops in the spring and successfully harvested them in the fall. They were grateful to God not only for their survival but for the lifesaving assistance given them by their neighboring Native Americans who taught them how to plant and grow life-sustaining crops. To show their gratitude, the Pilgrims hosted King Massasoit and 90 of his men for a three-day celebration.

Many years later, President George Washington declared the 26th of November, 1789 as a national Day of Thanksgiving. It wasn’t until 1863 that Thanksgiving Day was established as an annual event by President Abraham Lincoln. In his Oct. 3, 1863 proclamation, Lincoln wrote:

“I do, therefore, invite my fellow-citizens in every part of the United States, and also those who are at sea and those who are sojourning in foreign lands, to set apart and observe the last Thursday of November next as a Day of Thanksgiving and Praise to our beneficent Father who dwelleth in the heavens.”

Lincoln’s Thanksgiving proclamation came during the Civil War when many were fighting for their country. Today, all these years later, many of our citizens are still fighting, albeit in other countries and thousands here at home are veterans who have served in the military in times of peace and in times of war. This Thanksgiving, the Odell family and I am sure many other families throughout Putnam and across America will gather to give thanks for their blessings and for the selfless service of our veterans and our first responders who protect our way of life and our many freedoms.  God bless all of you.

Thank you, also, to each of you, for your continued support. May you and your families enjoy a very Happy Thanksgiving.