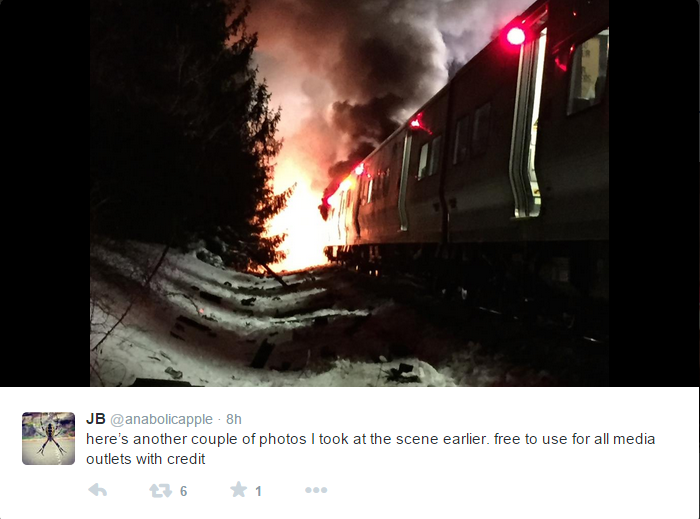 On Tuesday at approximately 6:30 p.m., Metro-North Train #659, the 5:44 p.m. northbound departure from Grand Central due Southeast at 7:08 p.m., struck a black Jeep Cherokee at the Commerce Street railroad grade crossing in Valhalla.

There are six confirmed fatalities, including the female driver of the jeep and several passengers on board the train. Fifteen passengers are being treated for injuries at local hospitals.

The names of the victims have not yet been identified.

“My thoughts and prayers go out to the individuals, families and friends affected by the Metro North tragedy this evening,” said Putnam County Executive MaryEllen Odell. “Let us remember how precious life is and not take a single moment for granted.”

About 400 passengers aboard the train evacuated to the rear of the train and were taken to the Cliffs, a local rock-climbing gym for shelter.  Buses then transported them to the Pleasantville Train Station.

Westchester County Executive Rob Astorino went to the scene of the tragic collision.

“We’re just keeping everyone in our prayers,” he said. “Godspeed to our first responders.”

The MTA has announced that Metro-North Harlem Line train service on Wednesday, February 4 will remain suspended between Pleasantville and North White Plains until further notice due to the train/car collision near Valhalla. There will be limited bus/train service for Upper Harlem Line customers beginning with morning rush hour service on Wednesday and until further notice. See details and bus schedule.