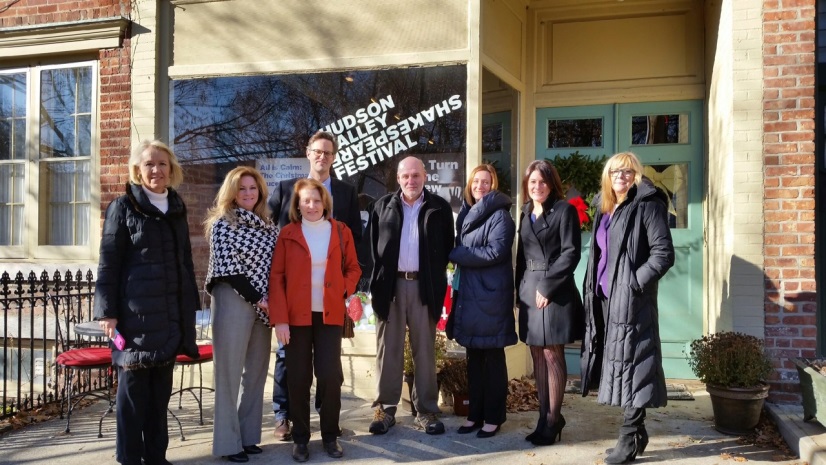 Projects based Cold Spring and Garrison in western Putnam County and impacting Putnam Tourism scored high yesterday when the state announced its fourth round of Regional Economic Development Council Awards on Thursday in Albany.  The Mid-Hudson Regional Economic Development Council (MHREDC) received the largest amount of funding, $82.8 million, of the 10 statewide councils.

The Hudson Highlands Fjord Trail project will realize a hefty $935,000 while the Cold Spring-based Hudson Valley Shakespeare Festival (HVSF) will receive $71,600 and Manitoga, Inc., the studio and home of designer Russel Wright in Garrison, will see $16,700. An additional $750,000 was awarded to the Brewster-based Green Chimneys School Expansion project.

“It’s gratifying to know that Albany shares the vision we here in the Mid-Hudson region – and in Putnam County in particular – have for good, smart growth,” said Putnam County Executive MaryEllen Odell. “We see our possibilities and we know that if we work together and partner with those who can help us, whether they are public or private entities, our potential for strong economic development and expansion is limitless.”

“This is such exciting news. This award is the direct result of building strong partnerships among various groups and organizations for the benefit of all,” said Scuccimarra. “The Hudson Highlands Fjord Trail project is going to be a key factor in bringing greater economic growth to the area and just as important, a much needed safety factor for the many hikers, cyclists and motorists who come to this spectacular outdoor area for their recreational pleasure.”

Taylor said the primary job of the EDC is to facilitate these kinds of connections between organizations that can deliver economic growth with the resources that can help them financially.

“The hard work of our team in Putnam County including the EDC, the County Executive and our Legislature, especially EDC Chairwoman Barbara Scuccimarra has paid off,” said Taylor. “More than $2 million will flow into Putnam County to spur economic growth through our robust tourism industry, our growing businesses and many exciting initiatives. It is truly exciting that Albany sees the potential in Putnam County!”

Western Putnam is a natural draw for tourists who flock annually to enjoy its spectacular scenery, quaint villages, award-winning restaurants and cultural events such as the HVSF. Abigail Adams, the managing director of HVSF noted that the organization reached more than 43,000 students and teachers in 48 middle and high schools during the 2013-14 school year. She said its Conservatory Company provides professional training and work experience for 20 early-career theater artists and technicians each year and last summer, the HVSF attracted more than 35,000 to its white covered theater tent located on the grounds of Boscobel House and Gardens in Garrison.

Putnam Tourism Director Libby Pataki noted that more than one million of the awarded dollars will directly enhance those attractions that draw thousands of visitors to the county each year.

“I am so pleased to see the state recognize the importance of outdoor recreation and the arts in Putnam County,” said Pataki. “The Highlands Hudson Fjord Trail will provide a safe route for hikers and cyclists from Cold Spring to Breakneck Ridge and up to Beacon in Dutchess that offers outstanding views of the Hudson River, Storm King Mountain and Bannerman’s Castle. The large-scale sculpture exhibit at Manitoga will be a highlight to the county’s art circuit in 2015 and the increase in programs offered by the Hudson Shakespeare Festival will further expand its audience as well as the training of the next generation of artists.”

Other recipients in the Mid-Hudson Region to garner financial awards were the Hudson Valley Opportunity Fund ($1 million); Greater Hudson Heritage Network ($49,500); and Mid-Hudson Pattern for Progress for Regional Infrastructure Planning ($60,000).